Can the 1500V system effectively reduce the cost per kilowatt-hour of the photovoltaic system?

In order to analyze the cost level of the 1500V system, a conventional design scheme is adopted, and the cost of the traditional 1000V system is compared according to the engineering quantity.

(2) The extreme high temperature and extreme low temperature of the project site shall be considered according to 40℃ and -20℃.

(3) The key parameters of selected components and inverters are as follows.

22 pieces of 310W double-sided photovoltaic modules form a 6.82kW branch circuit, 2 branches form a square array, 240 branches total 120 square arrays, and enter 20 75kW inverters (1.09 times the DC end overweight, the gain on the back Considering 15%, it is 1.25 times over-provisioning) to form a 1.6368MW power generation unit. The components are installed horizontally according to 4*11, and the front and rear double columns are used to fix the bracket.

34 pieces of 310W double-sided photovoltaic modules form a 10.54kW branch circuit, 2 branches form a square array, 324 branches, a total of 162 square arrays, enter 18 175kW inverters (1.08 times the DC end overweight, the gain on the back Considering 15%, it is 1.25 times over-provisioning) to form a 3.415MW power generation unit. The components are installed horizontally according to 4*17, and the front and rear double columns are fixed by the bracket.

2. The impact of 1500V on initial investment

According to the above design scheme, the engineering quantity and cost of the 1500V system and the traditional 1000V system are compared and analyzed as follows.

Through comparative analysis, it is found that compared with the traditional 1000V system, the 1500V system saves about 0.1 yuan/W of system cost.

Through the above theoretical calculations, it is found that the DC line loss of the 1500V system is 0.765 times that of the 1000V system, which is equivalent to a 23.5% reduction in the DC line loss.

Through the above theoretical calculations, it is found that the DC line loss of the 1500V system is 0.263 times that of the 1000V system, which is equivalent to a reduction of 73.7% of the AC line loss.

3. Actual case data Since the mismatch loss between components cannot be calculated quantitatively, and the actual environment is more responsible, the actual case is used for further explanation. This article uses the actual power generation data of the third batch of a front-runner project, and the data collection time is from May to June 2019, a total of 2 months of data.

Comparison of power generation between 1000V and 1500V systems

From the above table, it can be found that at the same project site, using the same components, inverter manufacturers’ products, and the same bracket installation method, during the period from May to June 2019, the power generation hours of the 1500V system are 1.55% higher than that of the 1000V system. It can be seen that although the increase in the number of single-string components will increase the mismatch loss between components, it can reduce the DC line loss by about 23.5% and the AC line loss by about 73.7%. The 1500V system can increase the project’s power generation.

Through the previous analysis, it can be found that the 1500V system is compared with the traditional 1000V system:

2) Although the increase in the number of single string components will increase the mismatch loss between components, it can reduce about 23.5% of the DC line loss and about 73.7% of the AC line loss, and the 1500V system will increase the project’s power generation. Therefore, the cost of electricity can be reduced to a certain extent. According to Dong Xiaoqing, Dean of Hebei Energy Engineering Institute, more than 50% of the ground photovoltaic project design plans completed by the institute this year have selected 1500V; it is expected that the share of 1500V in ground power stations nationwide in 2019 will reach about 35%; it will further increase in 2020. Internationally renowned consulting organization IHS Markit gave a more optimistic forecast. In their 1500V global photovoltaic market analysis report, they pointed out that the global 1500V photovoltaic power station scale will exceed 100GW in the next two years.

Forecast of the proportion of 1500V in global ground power stations

1500V energy storage will become mainstream in the future

In July 2014, the inverter of the SMA 1500V system was applied in the 3.2MW photovoltaic project in Kassel Industrial Park, Germany.

In November 2014, Longma Technology completed the development of the DC1500V system.

In July 2015, Yingli Company announced the development of an aluminum frame assembly with a maximum system voltage of 1500 volts, specifically for ground power stations.

Manufacturers in all sectors of the photovoltaic industry are actively launching 1500V system products. Why is “1500V” being mentioned more and more frequently? Is the era of 1500V photovoltaic systems really coming?

By increasing the input voltage, the length of each string can be increased by 50%, which can reduce the number of DC cables connected to the inverter and the number of combiner box inverters. At the same time, combiner boxes, inverters, transformers, etc. The power density of electrical equipment is increased, the volume is reduced, and the workload of transportation and maintenance is also reduced, which is conducive to the reduction of the cost of photovoltaic systems.

By increasing the output side voltage, the power density of the inverter can be increased. Under the same current level, the power can be nearly doubled. A higher input and output voltage level can reduce the loss of the system DC cable and the loss of the transformer, thus increased power generation efficiency. 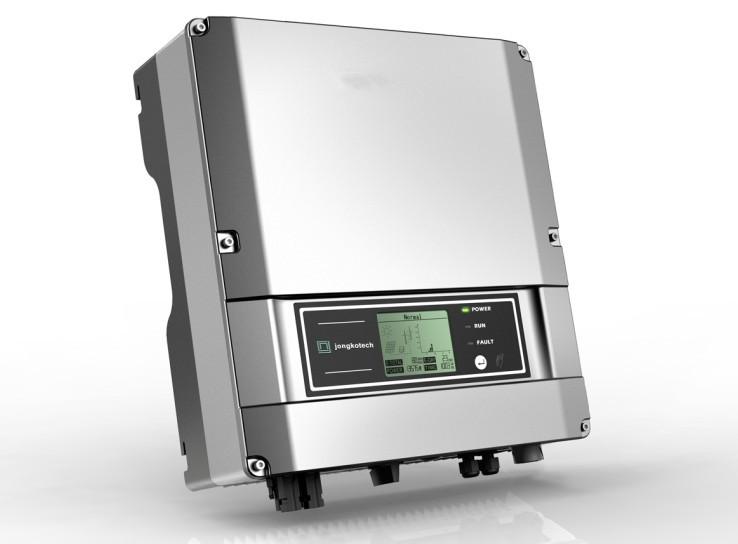 From an electrical perspective, meeting 1500V is relatively simpler than breaking through 1500V technology for module products. After all, all the above-mentioned products are developed from a mature industry to support photovoltaics. In view of the 1500VDC subway, traction vehicle inverters, power devices will not become a selection problem, including Mitsubishi, Infineon, etc. have power devices above 2000V, capacitors can be connected in series to increase the voltage level, and now by Projoy etc. With the 1500V switch launched, various component manufacturers, JA Solar, Canadian Solar, and Trina have all launched 1500V components. The selection of the entire inverter system will not be a problem.

From the perspective of the battery panel, a string of 22 panels is commonly used for 1000V, and a string of panels for 1500V system should be about 33. According to the temperature characteristics of the components, the maximum power point voltage will be around 26-37V. The MPP voltage range of the string components will be around 850-1220V, and the lowest voltage converted into the AC side is 810/1.414=601V. Taking into account the 10% fluctuation and the early morning and night, shelter and other factors, it will generally be defined at about 450-550. If the current is too low, the current will be too large and the heat will be too large. In the case of a centralized inverter, the output voltage is about 300V and the current is about 1000A at 1000VDC, and the output voltage is 540V at 1500VDC, and the output current is about 1100A. The difference is not big, so the current level of the device selection will not be too different, but the voltage level is increased. The following will discuss the output side voltage as 540V.

For large-scale ground power stations, ground power stations are pure grid-connected inverters, and the main inverters used are centralized, distributed and high-power string inverters. When a 1500V system is used, the DC line loss will be Decrease, the efficiency of the inverter will also increase. The efficiency of the entire system is expected to increase by 1.5%-2%, because there will be a step-up transformer on the output side of the inverter to centrally boost the voltage to transmit the power to the grid without the need to Major changes to the system plan.

It can be seen that the 1MW system can reduce the use of 61 strings and 3 combiner boxes, and the DC cables are reduced. In addition, the reduction of strings reduces the labor cost of installation and operation and maintenance. It can be seen that the 1500V centralized and large-scale String inverters have great advantages in the application of large-scale ground power stations.

For large-scale commercial roofs, the electricity consumption is relatively large, and due to safety considerations of factory equipment, transformers are generally added behind the inverters, which will make 1500V string inverters the mainstream, because the roofs of general industrial parks are not too large. Centralized, the roofs of an industrial workshop are scattered. If a centralized inverter is installed, the cable will be too long and additional costs will be generated. Therefore, in large-scale industrial and commercial rooftop power station systems, large-scale string inverters will become the mainstream, and their distribution It has the advantages of 1500V inverter, the convenience of operation and maintenance and installation, and the features of multiple MPPT and no combiner box are all factors that make it the mainstream of mainstream commercial rooftop power stations. 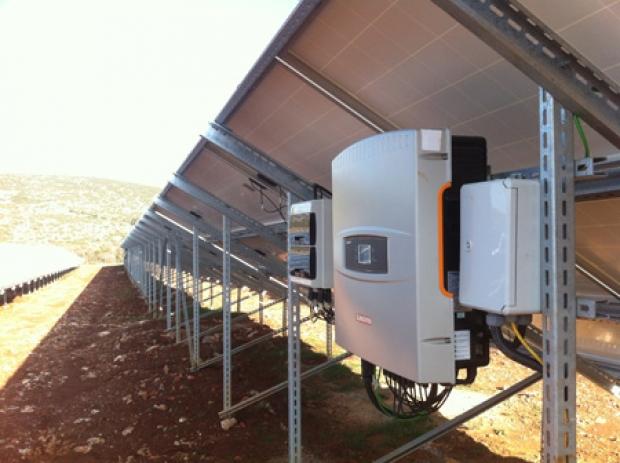 Regarding commercial distributed 1500V applications, the following two solutions can be adopted:

2. The output side voltage is fixed at 690V, but the corresponding DC side voltage needs to be increased, and BOOST circuit needs to be added, but the power is increased under the same output current, thereby reducing the cost in disguise.

For civilian distributed power generation, civilian use is spontaneously used, and the residual power is connected to the Internet. The voltage of its own users is relatively low, most of which are 230V. The voltage converted to the DC side is more than 300V, using 1500V battery panels Increasing the cost in disguise, and the residential roof area is limited, it may not be able to install so many panels, so 1500V has almost no market for residential roofs. For the household type, the safety of the micro-inverse, the power generation, and the economy of the string type, these two types of inverters will be the mainstream products of the household type power station.

”1500V wind power has been applied in batches, so the cost and technology of components and other components should not be barriers. Large-scale photovoltaic ground power stations are currently in the transition period from 1000V to 1500V. 1500V centralized, distributed, large-scale string inverters (40~70kW ) Will occupy the mainstream market” Liu Anjia, vice president of Omnik New Energy Technology Co., Ltd. predicted, “Large-scale commercial roofs, 1500V string inverters have more prominent advantages, and will become the dominant ones, with 1500V/690V or 480V low voltage or high voltage is connected to the medium and low voltage grid; the civilian market is still dominated by small string inverters and micro-inverses.”